Testing is Dead - in which world?

Few weeks back I participated in VodQA event by Thoughworks. It was a day filled with lots of power packed sessions and discussions around the topic testing - sorry QA (that is how TW calls testing as).

My talk was around the topic about alleged death of testing and implications of the same on people who live and make their living by testing.

Folks organizing the event did a wonderful job of arranging a platform and have people exchange their views on testing. There was this "open house" where an adhoc group of people assembled at a place to discuss about a topic that one of them wanted talk about. There was passion and energy all around. I said to myself - in such an assembly of about 50-70 people - who could believe "testing is dead". It was  a real thing for the people in the event.

One thing that I wanted the listeners of the talk - was this idea of "two worlds of interpretation" - software makers world and software users world.  More about that later in a separate post. 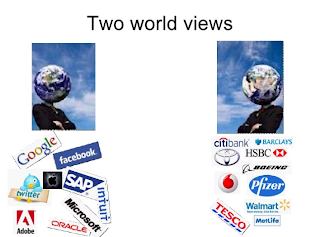